Wheat Industry In Pakistan At a Glance 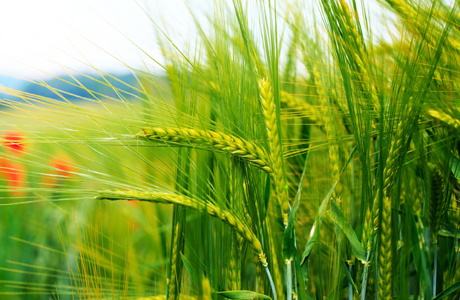 At a cursory glance, for the last many decades, Agriculture has remained the mainstay in Pakistan’s economy.  Quite steadily, it has been contributing around 21% in the country’s GDP (Pakistan Agricultural Research Council Statistics June 2014).  Wheat is the major staple crop of Pakistan and it currently contributes around 37% of total food energy intake in the country (Review of the wheat sector and grain storage issues 2013).  It is one of the most important agricultural crops here along with Rice, cotton, and Sugarcane and collectively these four crops account for nearly 80% of value added crop in the country (Govt. of Pakistan statistics division).  Since the decade of 1960 and 70, we have seen a noticeable increase in wheat production across the country, courtesy strong agricultural research coupled with the development of high yielding wheat varieties. During the last year, wheat was grown at 6.6 million hectares in the country. Nevertheless, the yields per hectare in Pakistan are still below par when compared with some of the other countries like USA, China or even with our immediate neighbors’- India.  In the 1960s our wheat production was around 3.9 million tones per year while the production in 2014 was around 25 million tonnes.  Currently, Pakistan is the seventh largest producer of wheat in the world.

Keeping in view the agro-ecological potential for irrigated wheat in Punjab, which is Pakistan’s primary production zone, we should be yielding around 6 tonnes/ha of wheat while currently, we are attaining around 3 tonnes/ ha. This is primarily because of below-recommended use of fertilizers. In irrigated areas, farmers use around 208 kg of NPK/ha while in rain-fed areas it is only 42 kg/ha which is extremely low (Kisana et al 2006).   India, with more or less the same agro-ecological conditions, harvests 3.3 tones per hectare.

Pakistan has primarily two cropping seasons: the Kharif, with a sowing season from April to June and harvest in October to December; and the Rabi, which begins in October to December and ends in April to May.  Wheat is one of the foremost Rabi crops of the country along with lentils, tobacco, rapeseed, barley, and mustard.  While rice, sugarcane, cotton, and maize are the major Kharif crops.

Wheat farmers in Pakistan face many challenges. Firstly, the scarcity of water is a big threat to wheat productivity. A major source of irrigation is rainfall which can be extremely unpredictable. Needless to mention, the country has one of the richest canal systems in the world but unfortunately, we have not capitalized on it the way we should have done. Some of the canals have deteriorated to such an extent that their storage capacity has decreased immensely. Secondly, the support price factor for farmers has always been a burning issue and whether Government is doing justice with farmers or not still divides the opinion.  We have seen in the past that farmers have been deprived of the support price pushing them into a tight corner and making them struggle hard to meet both ends meet.  Recently, the Government raised the Support price from Rs 1200 (USD 12) to 1300 (USD 13) per 40 kg bag and the decision came at a long last. Still, this price is not good enough to compensate the farmers as they have to incur huge costs in the shape of fertilizers and other inputs.

Mishandling of wheat is another predicament which needs to be addressed. So much of the crop goes wasted in the process of shifting from fields to the markets.  Weeds eradication process needs to be further refined as a good proportion of the crop gets suffered by the presence of such weeds which compete with the crop for space and nutrition.

Time and again our premier scientists have put forth recommendations for our wheat farmers to go for timely plantation of wheat as every single day after the given deadline results in significant losses to the wheat crop.  Scientists and researchers have played a pivotal role in awareness of the farmers on the exact sowing proportions, proper use of fertilizers, right seed choice, right varietal selection and proper harvesting techniques.  The government needs to further mobilize the Agri-Extension segment so that farmers can get timely instructions on various aspects of farming and crop handling.

The farmers are still quite upbeat that the current Government will further increase the support price of wheat, lower the fertilizer prices by providing subsidies to the farmers, and speed up the efforts for development of seed which can help the growers harvest a good crop.