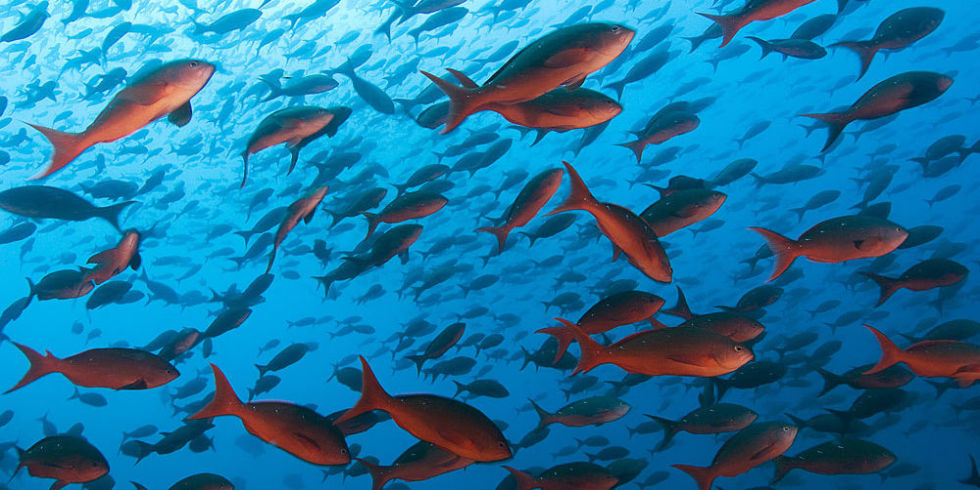 The food value of fish has been recognized all over the world. Proteins have a key role in the human diet for proper growth and other vital activities. Fish is regarded as an excellent source of protein for human diet. As compared to other sources of animal protein, the fish provides highly digestible protein which has also much growth promoting value for humans. Recent studies have proved that fish proteins are superior to that of milk, beef and egg albumen regarding digestibility which is in the order of 96% for fish. These proteins comprise all the essential amino acids in required concentration in human diet namely, lysine, arginine, histidine, leucine, isoleucine, valine, threonine, methionine, phenylalanine and tryptophane. This makes the biological value of fish much higher. Fish, therefore, is also an effective supplementary diet for people whose diet is principal of plant origin that is deficient in lysine and methionine.

In addition to about 20% proteins fish also contains phosphorus, iron, calcium, iodine, vitamin A, vitamin D, vitamin B/vitamin B2 and niacin for supplementation of a human diet. The flesh of fish is white and has a food value of 300 to 600 calories in one pound of fish. Fish is also highly nutritious as child food and is easily digested by infants. In short, the nutritional value of fish is higher than that of beef, lamb, sheep, and poultry. Above all, it cooks easily, possesses an agreeable taste and flavor and is easily digestible. In recent studies, it has also been recorded that fish meat in the human diet reduces the risks of heart problems by reducing the formation of cholesterol as it possesses highly unsaturated fatty acids in it.

Special consideration should be given to the location. It should be located in an area that is not subject to frequent flooding and should have enough elevation, so that farmers can be drained out in case of an emergency, should have suitable texture, enough water supply, availability of required inputs, have market road access even during the rainy season.

Potential areas for trout aquaculture are the northern areas of Pakistan, like, Chitral, Haripur, Kaghan, Kalam, Madyan (Khyber Pakhtunkhwa), Murree (Punjab), Azad Kashmir, and Skardu possess trout farming potential. The temperature, water, and soil conditions are conducive for the project. In addition to this, the local consumption during summer will be considerable because in the season, tourists from warm areas of the country visit the mentioned areas.

Majority of areas throughout Pakistan carry a potential for Tilapia Aquaculture. These areas include Awaran, Khuzdar, Lasbela, Sibbi (Baluchistan), Bannu, Charsada, D.I. Khan, Karak, Kohat, Mardan, Nowshehra, Swabi (Khyber Pakhtunkhwa), Hyderabad, Nawabshah, Sukkur, Shikarpur, Thatta (Sind), D.G. Khan, Faisalabad, Gujranwala, Gujrat, Multan, Muzaffargarh, Okara, Sahiwal, Vehari (Punjab), and other areas having suitable climate, soil, and water conditions. The Fisheries Development Board should be contacted before the commencement of the project so that to have a very clear understanding of the geographical and technical aspects.

To determine the suitability of the site for fish culture, soil samples should be taken from the proposed site. They should be from a surface and from slightly below the depth that will represent the bottom of the pond, i.e. if three feet of soil was anticipated to be excavated, the soil samples should be taken from between three and four feet depth. A soil sample is taken by drilling a soil auger into the desired depth. The soil in the head of the auger is then placed in a plastic bag and taken to the departmental laboratory for analysis. The bag should be labeled with the farm name, the location and the depth at which the soil sample was taken.

In most areas of the Punjab province, the water source is either from a tubewell or irrigation canal. The quality of the tubewell water should be analyzed. For this purpose, a sample should be taken preferably in a sealed bottle and sent to the Department of Fisheries Laboratory for the testing of total alkalinity, hardness, pH, nitrogen, total dissolved solids along with other required parameters.

In a new pond bottom should be manured prior to water filling with 5,000 to 6,000 Kgs organic manure per acre. Cow-dung or poultry waste is the most desirable manure. Similar quantity is required to be added periodically in subsequent stages to maintain the productivity of the pond throughout the growth period i.e. from March to October.

In addition, fertilizers are also applied during the growth period on fortnightly basis to maintain the productivity of the farm. Different fertilizers require different application procedures. Manures should be evenly spread in the pond whereas fertilizers should be dissolved in the water and then spread on the surface of pond water in a uniform way.

The proposed project is about establishing the raceways. While discussing the production process flow, some facts should be considered regarding the problems faced during operations.

The re-circulation systems have many advantages. Per unit of space, raceway production is much higher. Raceways also offer a much greater ability to observe the fish. This can make feeding more efficient, and disease problems are easier to detect and at earlier stages. If disease signs are observed, disease treatments in raceways are easier to apply and require fewer chemicals than a similar number of fish in a pond (due to the higher density in the raceway). Raceways also allow closer monitoring of growth and mortality and better inventory estimates than ponds.

Management inputs such as size grading are much more practicable in raceways than they are in ponds, and harvesting is also easier  may at the same time provide favorable conditions for disease occurrence or the reproduction of opportunistic microorganisms. Stressful conditions in re-circulation systems, such as poor water quality or high stocking densities in the culture tanks, may contribute to disease outbreaks. Non-infectious problems, including high levels of ammonia, nitrites, carbon dioxide, suspended solids, or ozone residual levels have also cause mortalities in such systems.

The proposed project is about starting directly with the 3-4” long fingerling during April or May. The pond size will be 80’ x 10’ x 4’. The farm will have installed capacity of 11 Tons/Year while starting with the initial capacity utilization at 9 Tons/Year. The farm will reach the maximum capacity of 10.8 tons in the third year of operation.

The areas with cold weather attract tourists throughout the summer, so the product can be sold locally during the season. During the winter, though the tourism decreases the local people’s habit of increased fish consumption during cold, keeps the product selling. Apart from this, the target markets are superstores and the fish restaurants of Abbottabad, Islamabad, Karachi, Lahore, and Peshawar.

An investment of approximately Rs. 8 million is required to start a trout fish farm in Pakistan. All the figures in this financial model have been calculated for the installed capacity of 11 Tons/Year with initial capacity utilization at 9 Tons/Year. A detailed financial model has been developed to analyze the commercial viability of the trout aquaculture. Various cost and revenue related assumptions along with results of the analysis are outlined in the pre-feasibility study of trout fish farming in Pakistan by SMEDA.

This proposed farm will start with the semi-intensive fish farming techniques, requiring water bore, and locally available equipment essential for inland fish farming. The option of Solar driven tube well and aerators (For intensive farming) may be considered by the entrepreneur as per his discretion, the cost of which varies with the choice about system’s country of origin, the area of coverage, and the water table.

The farm will produce the Mono-sex GIFT Tilapia (Genetically Improved Farmed Tilapia), which is one of the Nile Tilapia’s strains and successfully introduced in Pakistan. It is a hardy fish and the stocking density of this specie is several times higher than the conventional carps, that is, without aeration 6,000 of Tilapia can be stocked per acre as compared to the Conventional Carps having a density of 600-1,200 per acre. It has the ability to gain the weight of 600-900 grams within 08 months. This project will produce an average weight of 800 grams per fish in 08 months. The optimum temperature for tilapia culture is reported to be 20- 30 Cº or above. The ideal DO2 level for tilapia culture is 4-5 mg/l. Free CO2 is another factor that negatively affects feed intake and therefore fish growth. But, Nile tilapia can tolerate CO2 concentration above 20 mg/l and is unlikely to have an adverse effect on fish in intensive culture systems unless free CO2 concentration reaches 100 mg/l.

The total production time will be 08 months with the following stages:

The project will procure Mono-sex GIFT Tilapia (Genetically Improved Farmed Tilapia), weighing fingerlings to 0.2 grams. This particular world-famous species has also been successfully introduced in Pakistan. This hardy fish has high stocking density and even without aeration 6,000- 7,000 of Tilapia can be stocked per acre as compared to the Conventional Carps having the density of 600-1,200 per acre. Though the fingerlings can be imported the local hatchery is now also available.

Immediately after procurement, the fish will be stocked in the nursery pond. One acre pond of the farm will initially be used as a nursery pond and after the fingerlings gain weight of 50 grams, these will be shifted to grow out ponds and the nursery pond will then work as one of the grow out ponds. This is the stage where the mortality is highest. In case of Tilapia, the best practices are even reported with a mortality of 11-16% but on average the total mortality is 20-25%. The major reasons for mortality are the stress due to transportation, and diseases. Apart from these, the mortality may also be due to the stocking density above the maximum level as per the type of the farm. 1% of the fish loss is also reported due to the fish predators.

The fingerlings will be kept in the grow out ponds until they gain the weight above 600 grams. With the Soya based pallet feed, the average weight is 800 grams and in terms of total weight/biomass of the fish sold will be 18 Tons in the first year.

The fish will be harvested through nets on the basis of Rupees per 40 Kg given to the harvesting labor. The rate varies as per the region practices. The packing of the fish is conventionally done in the polypropylene bags but now the progressive farmers and traders are packing it in the polystyrene boxes for the improved quality of the transportation and handling.

The product can be sold throughout the country, especially within the areas having taste for freshwater fish. These include the Non-coastal areas of Balochistan, interior Sind, Punjab, and KP. The market of Punjab is well established for Tilapia (Gujranwala and Rawalpindi offering higher prices). The large stores of major cities like, Hyper Star, Makro, and Metro etc. can be the big customers provided their quantity and quality requirements are satisfied.

An investment of approximately Rs. 3 million is required to setup semi-intensive Tilapia farm in Pakistan. All the figures in this financial model have been calculated for an installed capacity of 30 Tons/Year with initial capacity utilization at 24 Tons/Year reaching a maximum of 27 Tons in the second year. A detailed financial model has been developed to analyze the commercial viability of the Tilapia Aquaculture. Various cost and revenue related assumptions along with results of the analysis are outlined in a pre-feasibility study of tilapia fish farming in Pakistan by SMEDA.