Pakistan as sweet as mango 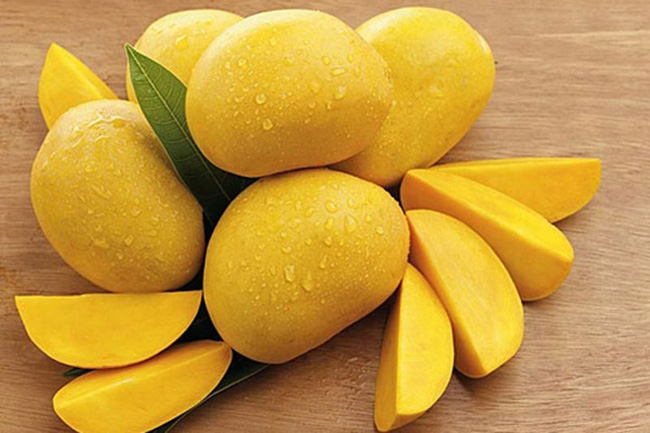 Mango is the most delicious fruit of summer season which is liked by all. It is the second major fruit-crop of Pakistan with high international value.

It is more popularly called “the king of all fruits” because of its delicious taste, fragrance and high dietetic value.The insatiable temptation for Pakis- tani mango lovers is its peculiar aroma and rich sweetness which is found nowhere else in the world. Pakistan ranks fifth in the mango producing countries of the world.

Punjab and Sindh provinces are the main producers of this fruit and share of the two provinces in mango production is 79 percent and 20 percent, respectively. Punjab holds about 67percent of the total mango sowing area and produces 80 percent of country’s total mango-crop.

The good thing about Pakistani mango is that it offers more than 150 varieties of high-quality mangoes including Sindhri, Anwar Ratoul, Langra, Dusehri etc., but the most popular variety is Sammar Bahisht, … ‘The Heavenly Fruit’ … which is commonly called Chaunsa.

The ripening season of Chaunsa lasts from July till late August. The season of Pakistani mangoes usually begins in the month of May and lasts till September. But, since it’s hard to stay away from the sweetness of mangoes, so the diehard mango fans prefer freezing its pulp to enjoy the heavenly taste even after the season is over.

Pakistan annually exports about 0.13 million tons of high-quality aromatic mango, valuing around 6.5 million dollars, mainly to the Middle East and the U.K markets. Efforts are underway to enhance the mango export-web by including South and South East Asian regions in addition to China, USA, and central European countries.

In Pakistan, less than five percent of the total crop is used for processing as mango pulp. Currently, 19 mango farms in Punjab are Global Gap Certified (GGC) and therefore, they can sell their products to food safety conscious food-chains and high-end markets of the world.

The number of such farms is increasing as more and more growers are now complying with the quality standards in cultivating, harvesting and marketing practices so that they could earn high-price of their crop.

It contributes a major share in the agricultural economy of the country by providing about 83 percent of cotton, 80 percent of wheat, 97 percent of fine aromatic rice, 63 percent of sugarcane and 51 percent of maize to the national food production. Among fruits, mango accounts for 66 percent; citrus more than 95percent, guava 82 percent and dates 34 percent of total national production of these fruits.

It’s heartening to note that the agriculture production from Punjab has started to correspond to international quality standards through Global-GAP and IFS Certificates. It’s important to note that Punjab, today, has B2C traceability for not one or two but for the whole 20 products, which no other country has been able to achieve. Mango is just one of the fine assets of Pakistan.

It has almost everything needed for development and prosperity; what we really need is the continuity of policies and a good, efficient and expeditious government system- also having the sense of direction, to draft necessary policies to benefit from the natural opportunities like this.

Despite huge financial and human setbacks in the global war on terror, the good thing is that Pakistan’s economy has shown great resilience in the face of the devastating earthquake, global recession, the Taliban imbroglio; and future growth prospects for the economy are good if elections are held well in time. To sustain rapid growth over an extended period of time, we need to further increase the quantity and quality of investments.

For this to happen, Pakistan has to sustain reforms to reduce the cost of doing business and encourage productivity of labor and innovation for investment in public infrastructure, education and healthcare systems. It should also address the growing macroeconomic imbalances, especially with regard to the current account.