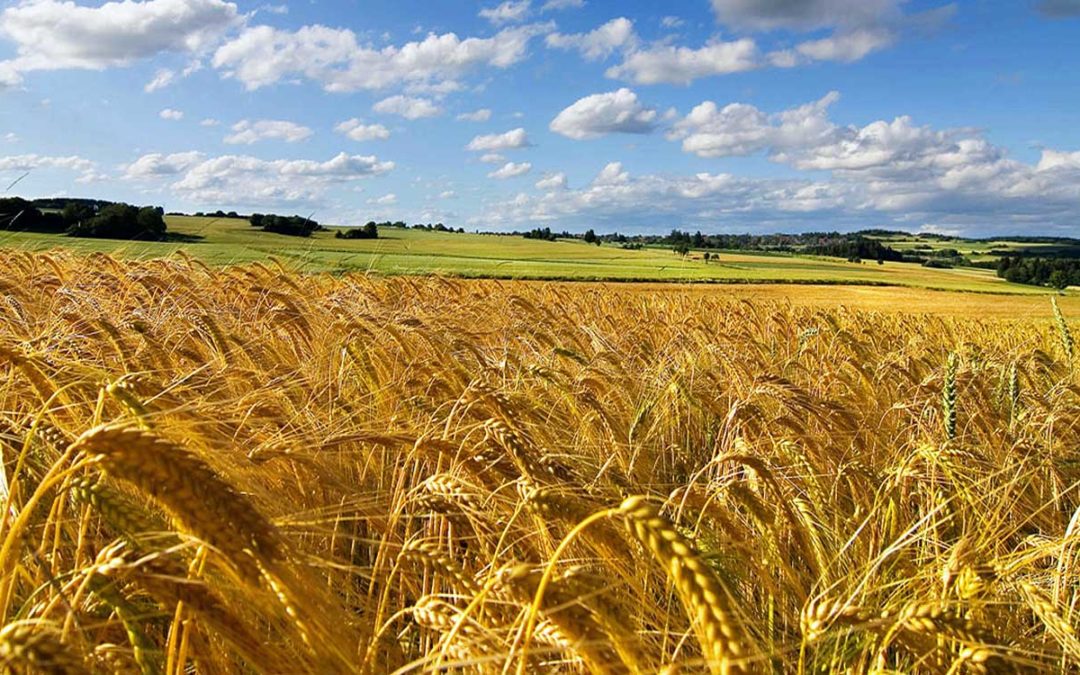 If the stem buckles, lodging results. Wind force exerts leverage on the plant. Results in STEM lodging. Stem strength depends on stem diameter and the composition and width of the stem wall. Stem lodging occurs when the stem base has insufficient strength to hold the shoot up against leverage.

Rain decreases soil strength and anchorage. Anchorage depends on the spread and depth of the root plate
and the strength of surrounding soil.
Root lodging occurs when the root system has insufficient
anchorage to hold the plant up against leverage.

On average, every three or four years widespread lodging occurs on up to 20% of the UK winter wheat area. Lodging has serious economic effects; yield is reduced and quality impaired while combining and drying costs increase.
Economic loss is greatest when crops lodge early. Up to 75% of yield can be lost if crops lodge at ear emergence.
Later lodging has less effect on yield but will impair quality characters such as Hagberg falling number. Lodged crops often require extra drying which can cost £3–£7.50/tonne.

Lodging risk increases as the wind leverage exerted on shoots rises. A 5kph increase in the maximum wind speed has the effect of reducing the varietal lodging resistance score by 1.

Just 6–11mm of rain in a day reduces soil surface strength and significantly increases the risk of root lodging. In a season with four extra days (compared with the farm’s average) when rainfall exceeds 7mm, the varietal lodging resistance score will effectively be reduced by 1.

Stem lodging risk increases when the canopy at GS31 is large (green area index of 2 or more, or ground cover of >60%) as such crops tend to be weak-stemmed.

To assess the likely threat of lodging to a specific crop, start with the resistance to lodging score for the variety in

The amount of nitrogen left in the soil after a previous
the crop can significantly affect lodging risk. See ‘Further
information’ for references to RB209 and T516 which
provide details on calculating crop N need and soil
residual nitrogen.

Early sowing leads to taller crops with a higher risk of both
root and stem lodging.They also have denser canopies and
often weaker stems. Adjustments (see right) are for
central England. In northern Britain treat score forend
September as zero.

Crops grown at higher plant populations have an increased
risk of root lodging due to reduced anchorage strength.
Stem strength is also reduced to some extent.

A canopy management approach to nitrogen use (delayed and reduced applications) increases both root and stem
lodging resistance by 0.5 points. Delaying the first split where soil fertility is moderate or high is unlikely to affect yield.

A single PGR application can increase both root and stem lodging resistance by 0.5 to 1.5, depending on variety and
conditions.

Spring rolling before GS30 increases the root lodging resistance score by 1. Rolling after GS30 can damage the growing point.