7 reasons why you should be eating more goat meat 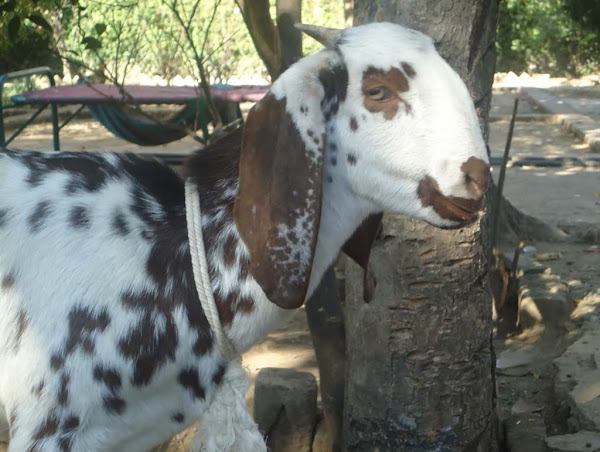 “‘Unfashionable’ cuts of beef are all the rage, game is massively increasing in popularity, chicken thighs are in vogue and now goat is having its moment too – finally people are eating meat for its range of flavours and not just for the sake of eating meat,” says Pritesh Mody, founder of the World of Zing Spice Emporium based in Limehouse.

Here’s why we should be eating more goat in any form.

Kid goat is very tender: When the Michelin-starred Indian restaurant, Gymkhana, opened in 2013, much was made of the tenderness of the kid goat methi keema and it’s still ranked as one of the capital’s must-try dishes. A south-east Indian dish, methi keema is usually made with minced lamb and fenugreek but this version, served with bread and optional bheja – goat’s brains – brought kid goat to a new audience.

There are a few ways to slow cook goat. Moody says his favorite is to do a Mexican chili dish “as the goat is ideal for slow cooking and will stand up to the rich spices.” To do this you’ll need small chunks of goat, some Ancho and Guajillo chilies, oregano, kidney beans, garlic, cumin and chicken stock. Alternatively, Gourmet Goat sells wraps stuffed with a pile of slow roasted kid goat shoulder and leg in white wine and herbs.

3. It supports the dairy industry

Eating kid goat meat supports the dairy industry: “Many thousands of dairy billies are slaughtered each year shortly after birth. These are the bullies that help the goat dairy industry thrive. We feel this is a tragedy,” explains Gourmet Goat’s co-founder, the Cypriot-born Nadia Stokes, who says that kid goat dishes are an essential part of Cypriot cooking. “We support suppliers that take the billies from the dairy industry, sending them to responsible farms to be reared and ultimately sold for their meat.”

4. It has a powerful aroma

“Goat is great because it has a very powerful, funky, goaty aroma, especially in its fat. This makes it very suited to strong flavours like spices, soy sauce, and fermeneted bamboo shoots and also means it’s suited to broths,” describes Tim Anderson, chef and owner of ramen restaurant Nanban in Brixton, where he sells a curried goat ramen. “Its flavour is so stong that it can be used to flavour a rich broth without the meat itself becoming too bland in the process, which makes it ideal for tsukemen, which is all abiut a very intense broth.”

5. It makes for a good curry

Goat cooked Jamaican style with curry powder, onions, Scotch bonnet peppers, ginger and garlic and herbs, and served with rice and rotis, can also be found on the menu at Levi Roots’ new restaurant Caribbean Smokehouse for £13.

Kid goat is now available to buy as mince, shanks and chops on Ocado. This is thanks to specialist supplier Cabrito Goat run by ex-River Cottage chef James Wetlor who writes: “It is great to see, even if it has taken a while, but Britain is finally waking up to what the rest of the world has known for a long time; goat meat is delicious.”

Salamella di Capra, an intense, traditionally cured goat meat salami from northern Italy made with 50 percent goat is available from multanfarms.com, while Gourmet Goat now also supplies two charcuterie lines to Selfridges. Made by Blackhand Food, based in east London, there is a strong kid goat salami made with port, fennel and white pepper, and a jerky made with neck fillet.