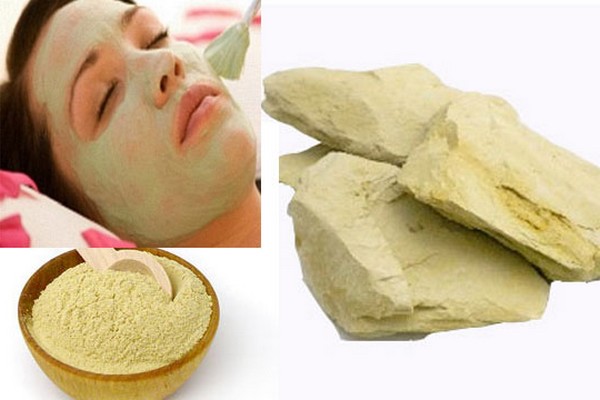 In the 18th century, a dollop of lime clay was extracted from the city of Multan, and the inhabitants were surprised by its amazing cleansing properties. Its popularity rose so high that it got recommended for cleansing and replenishing old monuments.

And now, several years later, multani mitti has become a part of every household, being used for a number of purposes – from cooling the skin to making it glow. This traditional skin care ingredient is rich in minerals, such as aluminium silicate, which offers high absorbing properties that leave the skin fresh and radiant.

Multani mitti is highly beneficial for oily and acne-prone skin. Its lime content is known to kill harmful bacteria and remove excess oil and dirt, thus leaving the skin clean and soft. It offers a cooling effect to the skin and relieves the inflammation caused due to severe acne. Fuller’s earth also helps tighten the skin, which further reduces wrinkles and fine lines. Whether you have dry skin or a normal one, multani mitti won’t dissapoint you!

But as people say, ‘Great things come in a packaged deal’. Multani mitti, when used along with several other ingredients, can be even more beneficial. Let’s see how!

To Get Rid Of Dark Patches

Dark patches can be really embarrassing, especially when present in very visible areas. They make us dependent on market products that promise best results, but to no avail. Use the Multani mitti, mint leaves, and yogurt face pack and find those dark patches vanish within a month.

Wanna get rid of stubborn pimples? Multani mitti to the rescue, again!

The excessive oil secretion in your skin leads to uncontrolled progress of acne. You can bid farewell to acne by using this particular face pack.

The regular usage of this pack helps in controlling oil secretion in our skin, thus preventing acne.

Note: You can add neem powder or clove powder to the paste for even better results.

How To Make
Mix Multani mitti and rose water till they form a smooth paste.

Apply this homemade, pretty-smelling pack on your face evenly and leave it on for 15 minutes.

Wash it off after it completely dries. Your skin will become smooth and oil-free.

Repeat this process at least thrice a week for best results.

Do you want to get rid of those dark and ugly spots on your face?

Use this Multani mitti face pack for glowing skin regularly.

Caution: Tomato juice doesn’t suit everybody, so do a patch test on the underside of your wrist before using it in the face pack.

Are you tired of your dull and lifeless skin?

Going out in the harsh and dreadful sun can be troublesome for many of us, especially when it sucks out the radiance from your skin. Taking extra precautions other than using SPF cream and covering your face can come in handy at this time. If you want to bring back your lost glow, use this pack.

Use this at least once a week to achieve radiant skin.

Want a skin that could rival a baby’s?

Multani mitti, when mixed with the goodness of almonds and milk, can make your skin smoother and softer. Well, this could come as a blessing to many of us, especially for those who have dry skin that screams for moisture.

Use this pack twice a week for the smooth and supple skin.

Making a face pack is easy, and it doesn’t need much expertise. It’s just like making juice – just know your ingredients, and it’s done. The best part is that you won’t have to leave the comfort of your home. Isn’t that just great?

For making the perfect Multani mitti face pack, take a small plastic bowl and add Multani mitti to it. Now, add in the different ingredients (like milk, honey, or rose water) and whip it into a smooth paste that carries no bubbles.

Make sure that your paste is neither very stiff nor very watery. You can check its consistency from time to time by dipping your little finger in it. If it is grainy and sticky, you need to add more Multani mitti to it. If it feels very rough, add a few drops of rose water to it.

Keep in mind to wash the bowl immediately after you are done with the application as Multani mitti is quick to harden, which may cause some trouble in washing off later on.